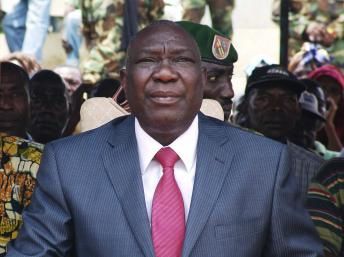 This emerged during an exclusive Sunday Times interview with Bozizé in Paris this week. The deposed strongman revealed for the first time that he:

Sent his son Jean Francis Bozizé, then the CAR's defence minister, to Pretoria on December 15 to cut a deal with Zuma to send enough South African troops and weapons to halt the Seleka rebel advance on the capital, Bangui - but far fewer than promised arrived;

Held frantic talks for three hours with Zuma at his official residence on March 21, just three days before Bangui fell, to remind the South African president to honour their back-room deal - a visit that was not, as the Presidency said at the time, a "courtesy call";

Held Chad's President Idriss Deby, his former friend who backed the coup that put Bozizé in power in 2003, personally responsible for the deaths of 15 South African soldiers and the wounding of 26 when his troops let rebel columns advance on Bangui without putting up a fight; and Is lobbying for support to return to power, hinting he might use force if necessary.

The original defence agreement between South Africa and the CAR, negotiated by former president Thabo Mbeki, provided for 28 troops to be sent to Bangui in 2007 as military trainers and to beef up Bozizé's presidential guard.

On December 31 2012, a fortnight after Bozizé sent his son to meet Zuma, the deal was secretly renewed for another five years. Another 200 troops, comprising paratroopers and special forces soldiers, arrived in Bangui in early January, bringing the total stationed in the CAR to 228.

But, Bozizé said, the total number of troops sent by the time he was toppled fell far short of what had been agreed on. He blamed attempts by his enemies to manipulate public opinion against South Africa's military intervention.

"There was an agreement that military aid should come and it was expected," he said. "But because of these manipulations [the troops] didn't come. His [Zuma's] most senior military man in Bangui was also expecting the extra troops, but they didn't arrive."

On March 21, two days before Bozizé had to flee for his life, he flew to Pretoria in a last-ditch effort to get Zuma to honour the agreement to send more troops.

"I met President Zuma. We held two or three hours of talks," he said. "There were these military and defence agreements between us. We spoke about military cooperation and assistance. It was accepted that reinforcements would be sent."

He returned empty-handed on March 23 to find Bangui in flames and his South African protectors fighting for their lives. The next morning he fled to neighbouring Cameroon.

Bozizé's remarks shed new light on the events that led up to the troop deployment, which the South African government tried to hide from the public.

Despite renewing the 2007 defence agreement on December 31 2012 and sending hundreds of South African troops to the CAR in the next two days - many of whom would later die - the government kept the deal and troop deployment secret.

On January 2, the Department of International Relations even issued a statement on the security situation in the CAR - without disclosing that the defence pact had been renewed or that new troop deployments were already under way.

The first official statement confirming the deployment was made on January 6 - and only after a report by French news agency AFP that 200 South African troops had arrived days earlier in Bangui.

Zuma's spokesman, Mac Maharaj, said in response to 10 written questions sent to the Presidency: "Take all your questions to the South African National Defence Force and ask them to answer."

SANDF spokesman Sonwabo Mbananga confirmed that the military was aware that Bozizé had sent "his son as a special envoy and later himself" to ask South Africa to send more troops "to engage militarily" with the Seleka rebels. But he was unaware of any deals "through the president or any other channels" for South African troops "to fight and engage with the rebels", because this was not part of South Africa's defence agreement with the CAR.

"The decision to accede to a request to send reinforcements was not to engage with the rebels, but to protect our base and our assets," he said. These assets included weapons and $3-million in cash.

"This we did successfully, even though we lost 15 troops. If certain sophisticated weaponry fell into rebel hands, it would have been catastrophic."

Despite admitting that Zuma did not honour their deal, Bozizé aggressively defended his relationship with the South African president. "I would not say that I was betrayed. Zuma and I, we discussed the situation. I do not condemn Zuma. It was a time of great confusion."

Looking gaunt and defensive, slumped on a hard couch in a shabby hotel lounge in Paris wearing a cheap suit he jokingly called "my exile suit", Bozizé cut a sad figure, a far cry from the snappily dressed military hard man who ruled his country with an iron fist for a decade.

He feels most bitter that his former ally Deby, the Chad president, deserted him. "We'd been close allies, friends. We shared confidences. I'm deeply saddened by this," he said. "I hold him responsible. The South African soldiers who died - their blood is on his hands, not the Seleka rebels'."

He also denied that he had planned to flee to South Africa after the coup, as was reported. He holed up in Cameroon before surfacing in Paris on August 10.

"I was not going to come to South Africa, because I was not going to overload the problems that President Zuma was already facing at home because of the troops who died," he said. "As a former head of state, I understood the pressure that he was under."

Bozizé cannot return to the CAR because he faces an arrest warrant there for authorising human rights abuses, including mass executions and torture - charges he denies.

A French foreign ministry source in Paris told the Sunday Times: "Bozizé has no official standing in France. As far as we are concerned he is here visiting his family on a Schengen visa valid for 90 days."

France still has 400 troops stationed in the CAR to protect the airport and French citizens.

Last Sunday, Seleka rebel leader Michel Djotodia was sworn in as president, pledging to hold elections in 18 months. The move sparked clashes in Bangui this week between rebels and soldiers loyal to Bozizé, leaving scores dead and injured.

Bozizé is intent on returning to power to halt what he says is the CAR 's descent into anarchy since he was ousted. Human rights groups accused the rebels of indiscriminate looting and mass killings, and the United Nations recently warned that the country risked becoming a failed state.

"It has been catastrophic since the events of March 24 on every level - chaos," said Bozizé. "The Seleka revolt has taken the country back 20 years."

With supporters in Paris, he recently formed the Front for the Return of Constitutional Order in the Central African Republic. "I am a president in exile - I was democratically elected!" he said.

He recently told a French radio station he would retake power "by political means, as using force only comes when a political solution cannot be found".

A Bangui resident interviewed this week - and who did not want to be named, fearing reprisals - said neither Bozizé nor the Seleka rebels were wanted. "At night we can't sleep because they come with guns and loot and steal what belongs to the population," he said. "But we don't want Bozizé back. What he did was very bad and the very reason the Seleka came. What we need is for UN peacekeepers to come and bring us peace and security." 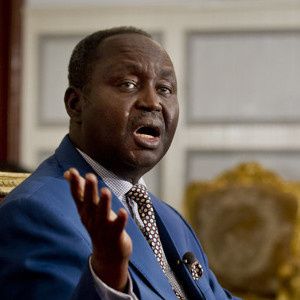